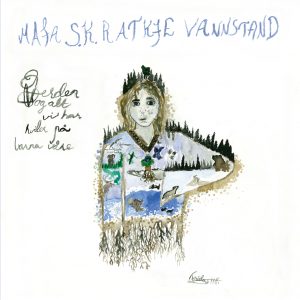 ’Vannstand’ (Sea Level) is a tribute to the slowly pulsating tidal shifts along the length of the Norwegian
coastline. In Vannstand children are given the opportunity to reflect and respond musically to their
relationship with the coast, the water and the sea.
The composer, Maja S. K. Ratkje states: What could be more natural than kids making sounds as part of a
composition that’s about our own future?
Ratkje has been an outspoken voice on environmental issues for years. Vannstand is a continuation of this
commitment where she unites new music and the inheritors of our planet. She uses local sea level
measurements to create scores, which in turn are interpreted musically by children. She has done a
tremendous job editing their contributions into a multidimensional piece that balances tension, clearity,
beauty and playfulness.
Vannstand, commisioned by nyMusikk, started in 2015 and was in the years that followed set up as sound
installations in different versions in Oslo, Bergen, Stavanger, Harstad and Bodø. This album is a mix of
excerpts from those installations.
One would imagine a piece regarding such enormous concepts as tidal waves (generated by the Moon’s
gravitational pulls) and changes in sea levels (affected by weather systems and climate changes) being a
rather loud and harsh affair. Maybe this insinuation is connected to the impressive body of work she has done
with noise music. Vannstand is in any case filled with subtle and precise fragments of grand dramas and
sweet melodies. Over eight movements, the music is growing with close interplay and sudden shifts. The
sound mix, based on the 8 channel sound installations, is exquisite, obviously done by the composer.
The life-giving sea has been the basis for growth and development, and now human influence is changing the
seemingly eternal cycle along the Norwegian coast.
Ratkje: Sometimes you find yourself playing something that grows stronger and stronger, or sounds bigger
and bigger. Sea levels may rise significantly, or just a bit, but they WILL rise.
Motvind Records has until now released mostly debut albums of young and talented musicans based in
Scandinavia. For our 10th album release we wanted to celebrate our first years 3 years as a record company.
So, with Maja S. K. Ratkje approaching us about a possible release of her seminal work Vannstand, we
thought the timing was perfect. Ratkje, putting the musical piece in a larger context, has been a huge source
of inspiration for everyone being concerned and oriented towards how the music scene in Norway is
handling the recent development of the enormous oil and weapon capital, especially in terms of
sponsorships.